Paul wore his GM&B tie to the occasion to honour the MHSOB that served and sacrificed during the Great War, as well as his grandfather , Sgt R.E. Batton , DCM, MM with Bar, one of the most decorated soldiers of the 22nd Battalion who served on the western front including the Battle of Mont St. Quentin, one of the most significant battles of WW1 ( this is where he was awarded the DCM).

Below are some photos where you can see the “old school tie” , I am sure in the presence of some of our old boys who made the ultimate sacrifice , they honoured the work 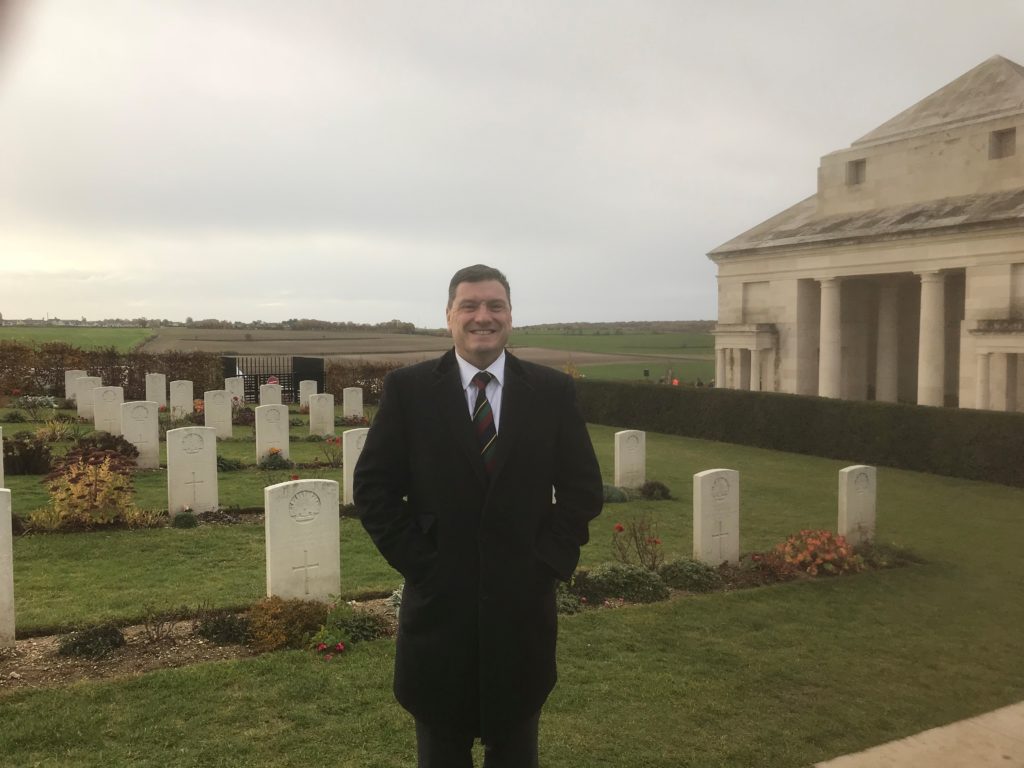 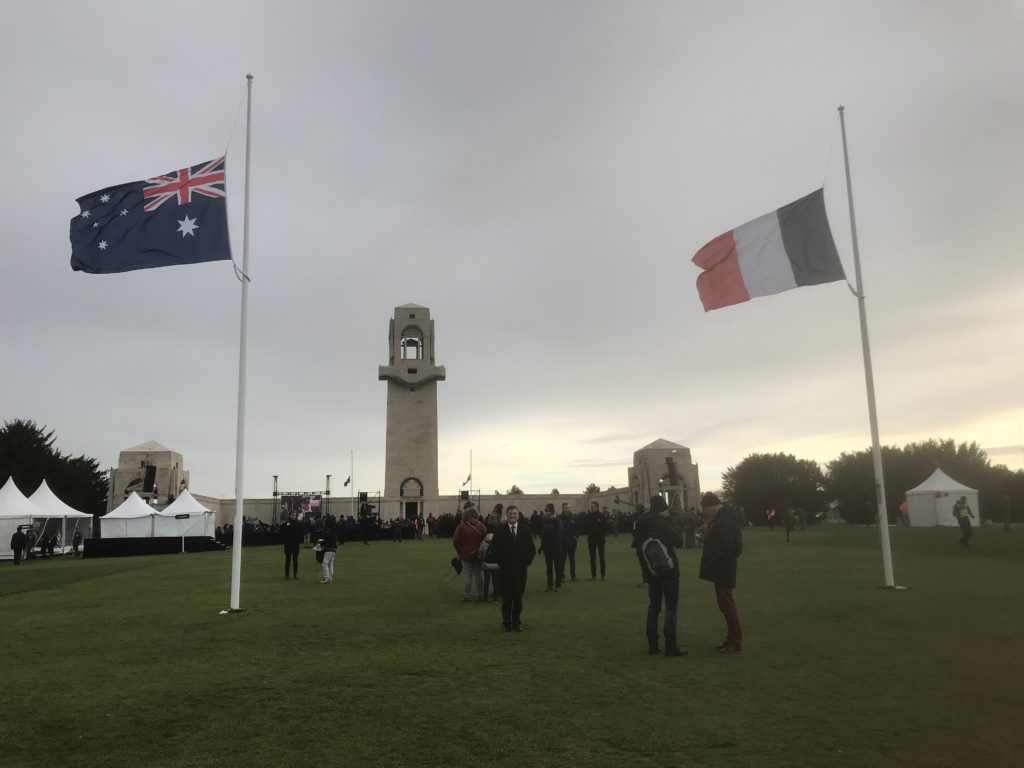